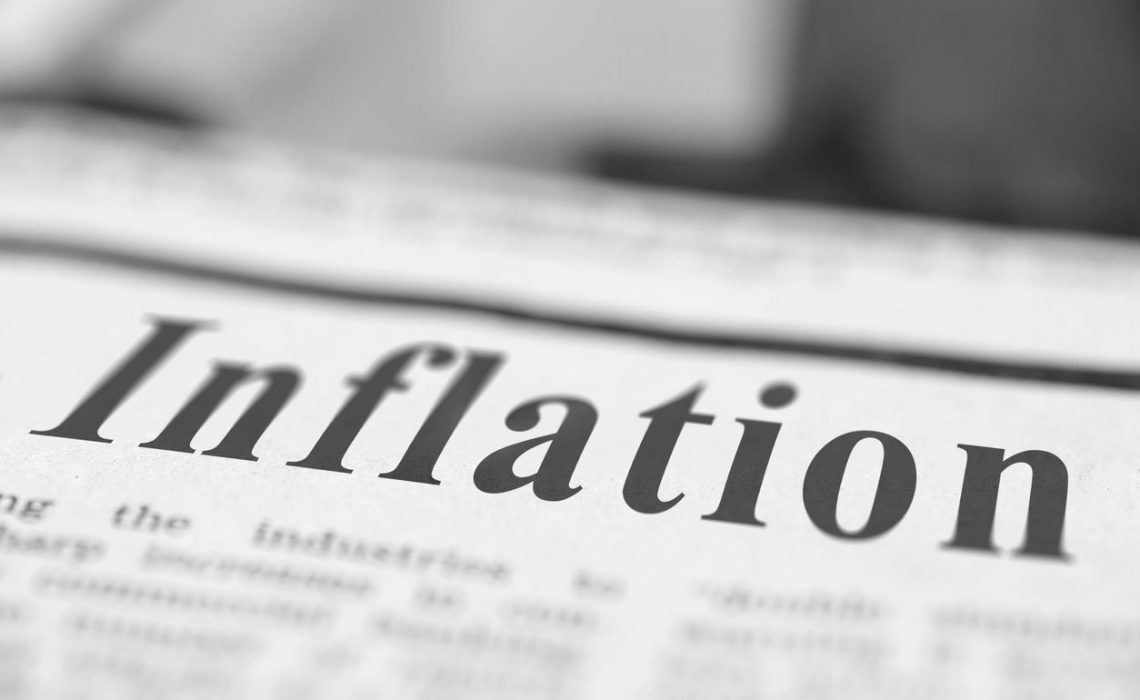 Inflation is one of the biggest long-term threats to wealth generation.

That’s why, for investors, the rise in inflation since February is getting such headlines. As reported last Thursday, core inflation hit an annualized 3.8% in May. That’s the highest in nearly thirty years. It’s also well above the Federal Reserve’s long-term policy target of 2%.

After showing concern during the spring, markets largely shrugged at the headline. The Federal Reserve has been saying for months that rising inflation is temporary, and investors for the moment appear to agree.

Are investors correct? Or is inflation likely to continue to ramp?

Our own view continues to be:

This note will put the current headlines in broader perspective.

For more on our view of inflation, rising rates, and investment opportunities, see our March Report.

Bond markets tend to be less speculative than stocks or commodities[1], so it’s often a good place to start for insight into more consistent expectations about the economy and inflation.

Bond markets are not yet particularly alarmed about the long-term inflation outlook:

Similarly, looking at the broader economic outlook, bond investors have been optimistic about the economy, with manageable inflation. Since last fall, the yield curve has generally been steepening[3]. In March, the yield curve hit its steepest point (optimism) in over five years. This is healthy, as long as long-term yields aren’t spiking.

Since March, the yield curve has actually dropped a bit, with a faster decline in the past few weeks. This is usually interpreted as a more cautious view about economic growth ahead. Bond yields move down as prices move up, meaning investors are buying long-term bonds.

Has optimism softened, or is there a retreat in the inflation outlook of around 3% in 2022?

We think the decline may be overstated. There is likely some noise in these near-term trends:

All-in, we think bond investors continue to expect recovery to continue, with inflation under control.

It’s well reported in the financial press that consumer prices are up. As the Fed will argue, many are expected to be temporary.

Of greater concern, however: labor markets are tight.

THE RISK: EMBEDDED EXPECTATIONS ABOUT INFLATION

The risk to the Fed’s outlook for 2021 is that with higher costs of inputs, a commitment to higher prices tends to stick.

A recent study illustrates this effect (Exhibit). In recent history, as enough firms change prices (the orange line), the core CPI inflation indicator (the yellow line) tends to follow about six months later. The forecast shown in this exhibit stays within reasonable bounds, but the risk is apparent.

It becomes all about expectations, which is difficult to forecast. It could create a self-fulfilling cycle:

We continue to think yields and inflation may ebb and flow as markets digest the pace of re-opening—perhaps creating some fear and confusion—but we don’t expect sustained excessive levels over the next 12 months.

Key developments to monitor this summer are the pace of recovery, pricing trends in supplier inputs, the roll-off of government stimulus programs, and hiring activity in the labor market.

Longer-term issues of government debt levels, deficits, and excess liquidity should become more and more important over time, in our view. We will be monitoring developments closely, as we believe they represent longer-term risk to inflation and rising rates.

[1]Investors—whether in stocks, bonds, commodities, etc.—try to anticipate the future of the economy. Stocks and commodities can be more speculative, introducing excessive noise and volatility. Bonds can show speculation too, but we believe bond markets to be a more reliable indicator of economic outlook. The difficult caveat: even in bonds, predictions arguably get very hazy beyond 12-18 months.

[3]A steepening yield curve occurs as long-term yields move higher at a faster rate than short-term yields. It tends to represent that investors are more comfortable taking risk longer-term.

All Posts »
PrevPrevThe Art of Retirement
NextInterview of Tom Barkin, President of the Federal Reserve of RichmondNext