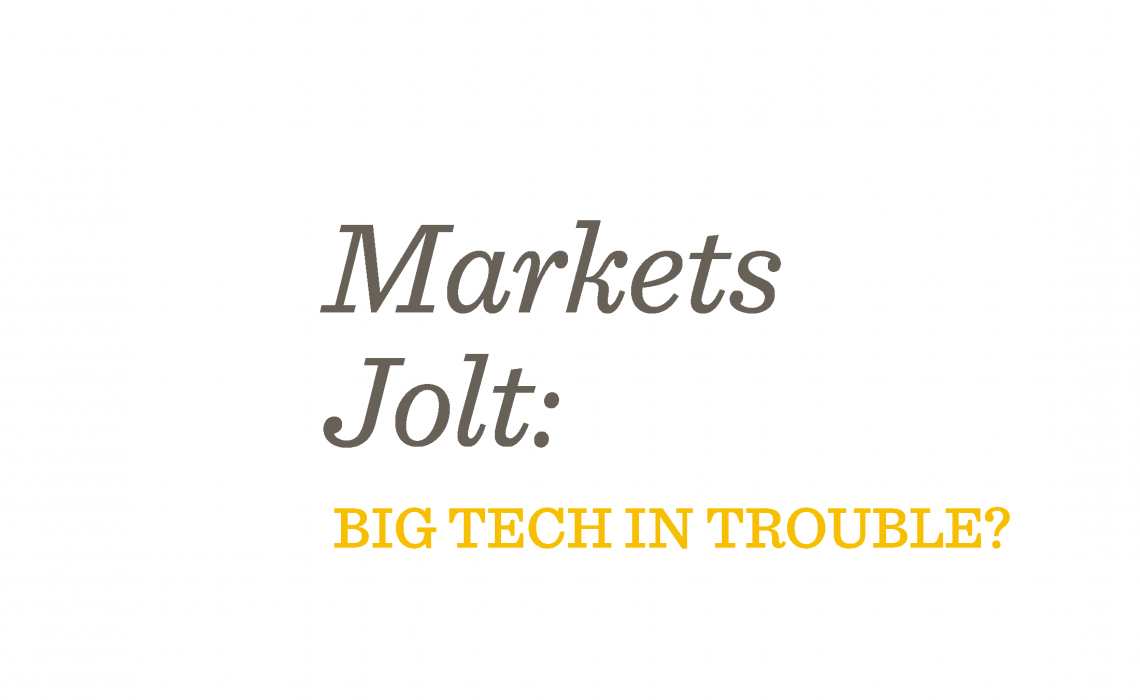 Big tech stocks took a slide over the past week, down -3.6%, following the Fed’s announcement last Wednesday that it could begin tapering monetary support as early as November.

This action is actually part of a longer period of relative underperformance from Big Tech since last September.

These are solid companies offering some of the best growth for investors. What is going on?

First, the sell-off is not about concern over the fundamental health of tech businesses, in our view. It instead derives from the expected direction in interest rates. When investors expect rates to go up, Big Tech stocks are going down. The converse is proving to be true too.

So when the Fed last week talked about tapering in November, bond investors sent rates higher. The yield on the 10-year Treasury went over 1.5%, and Big Tech dropped. In comparison, rate-sensitive stocks tied to recovery, like financials and commodities producers, did relatively much better.

Second, this inverse relationship between Big Tech and rates is not typical historically. Tech stocks do not tend to trade OPPOSITE of the direction of rates.

The exhibit below highlights this relationship. Note that Big Tech (the Nasdaq 100 index) is only negatively correlated to rates (measured here by the yield on the 10-year Treasury bill) over the past year, while over the ten years prior to the pandemic, it was positively correlated.

You may note also that:

Third, we believe the current inverse relationship in Big Tech stems from the unique “low growth, low rate” environment prevalent over the past three or four years. Big Tech offered compelling organic growth, independent of economic challenges… as long as rates stayed low. Once rates rise, the future value of that expected growth (because many tech companies have low earnings today) becomes discounted, or less valuable.

We doubt this inverse relationship in Big Tech will persist indefinitely, but we expect it to continue for the foreseeable future as markets unwind the “low rate, low growth” dynamic.

Bottom line, much of today’s action in stocks is driven by the “big picture” view of where rates are headed. The rates outlook is playing a big role in determining “risk on, risk off” and the winners and losers across Big Tech, financials, and other cyclical recovery stocks.

We began adding a small (but below average) weighting to Big Tech this summer after its relative weakness, because Big Tech adds diversification across size and style for portfolios. It also serves as a helpful hedge against the economic outlook and the direction of rates, at least for the foreseeable future. All Posts »
PrevPrevThe Next Phase in the Pandemic Era
NextHow Good Will You Be at Inheriting Money?Next