What This Week’s Extreme Market Weakness May Mean for Investors 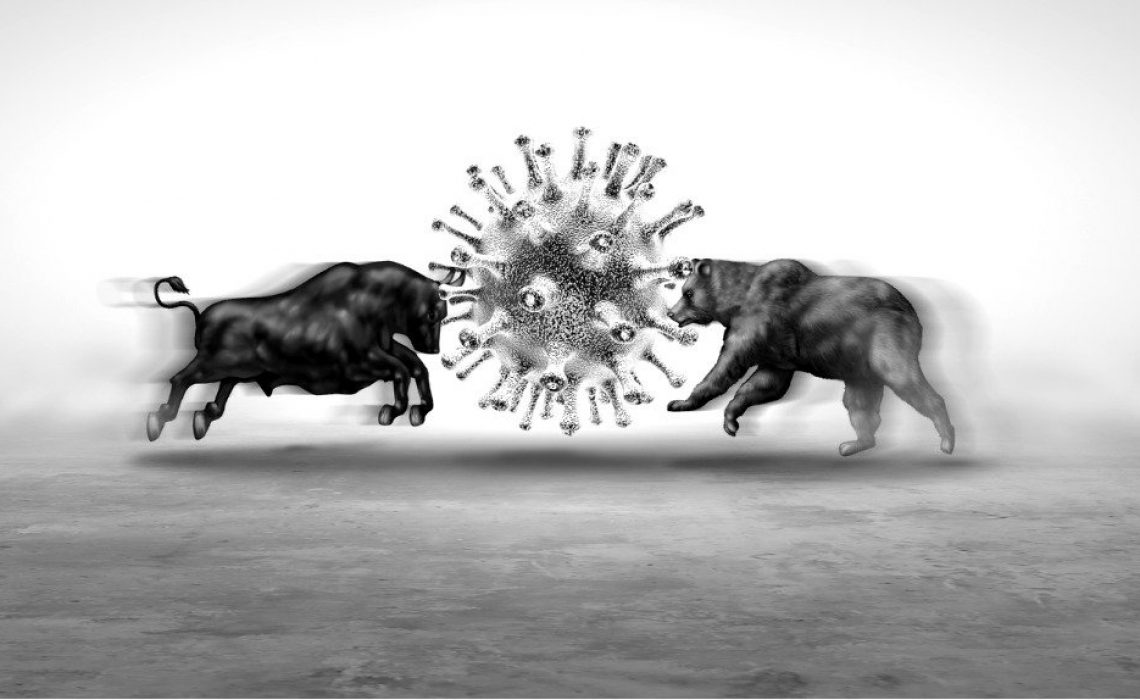 The major US stock markets—S&P 500, Dow Jones, and tech-heavy NASDAQ—took a beating over the past week. Each is down 12% or more off their historic highs last week, putting them into what’s called “correction” territory.

The overwhelming reason for the sell-off is the increasing fear that the coronavirus may be spreading worse than initially expected, leading to greater economic fallout.

Human nature is for this type of turbulence to rattle investors and leave them wondering how much further stocks will tumble, how long recovery will take and what actions investors should take in the meantime. In response, the CornerCap investment team offers the following perspective.

First, our perspective on and analysis of the coronavirus issued earlier in February still applies:

This week, investors began doubting that governments have effectively contained the virus. Italy reported a broader outbreak, Japan closed all schools for a month, and the CDC said they expect the virus to spread to the US. We are not surprised by a near-term sell-off, absent any additional encouraging news on containment.

Second, our own opinion is that the spread of the virus is unlikely to lead to recession. Our reasoning:

As a final note, bond markets remaining open and functioning is critical to overall market recovery. Many companies have binged on debt and carry a heavy load; if they are cut off from credit markets, they would likely encounter a credit crunch. We think this is a separate issue from the virus, but it could come into play if the consumer retreats and the yield curve inverts (i.e., long-term rates are lower than near-term rates).

It is too early to tell how the sell-off is adjusting these opportunities, but investors are clearly rushing to defense in the form of investment grade corporate bonds and U.S. Treasuries.  This has driven down the yield on 10-year Treasury to record lows (bond yields move inversely to prices) and increased stock dividend yields (as stock prices fall).  Comparing stock dividends to bond yields offers a useful comparison about relative attractiveness between stocks and bonds. At this point, consider that 64% of stocks in the S&P 500 currently have dividend yields that are higher than those of 10-year Treasury bonds. The average over the past ~30 years is about 18%, indicating a dramatic differential.

We aren’t calling a bottom to equities by any stretch, but we are illustrating that market gyrations create new risks and opportunities for the alert investor following a disciplined approach.

We expect market volatility to continue as investors navigate this period of transition, from outbreak and spreading of the virus to eventual containment. The process could take six to 12 months. Global growth is likely to slow materially—perhaps to zero in 1Q—but we would need to see a shock to global demand, particularly from the US consumer, to drive sustained negative growth.

Regarding investment strategy, we treat the virus the same as we treat tensions in the Middle East, challenges in trade negotiations with China, or predictions about Presidential elections: they each embody the uncertainty that’s inevitable in investing. They are important but cannot be predicted as to timing and duration.

We therefore do not recommend reacting to the new coronavirus if you have properly set your goals, time horizon, and risk profile. The principles of diversification and rebalancing strive to keep your portfolio aligned with your near-term demands and long-term goals. In the short term, markets move quickly and yet behave just as emotionally as people do; reacting to fearful headlines usually takes people off plan, to the detriment of long-term investment success.

CornerCap clients are encouraged, as always, to stay in close dialogue with their CornerCap Advisor should they have any specific questions about their portfolio during this time of market volatility.

All Posts »
PrevPrevPandemics and Investing
NextIs It Time to Refinance Your Mortgage?Next